From multiple bases to a centralized solution

Ready To Explore Your Options With BAASS?

Since its establishment in 1972, Econotech has grown to be one of the largest independent pulp and paper testing labs, internationally. The company is able to perform over 400 analytical tests, as well as over 100 physical and optical tests on its 19,000 square foot premises. Along with Econotech's wide testing range, their breadth of work is comprised of pulping, chip testing bleaching, environmental analysis, microscopy, and more.

Prior to BAASS, Econotech had a Laboratory Information Management System (LIMS) which provided good functionality but lacked the qualities of a CRM. Furthermore, the LIMS was unable to support marketing engagement, due to its inability to record client associated notes, track opportunities, and provide historical data. Consequently, the company wasted a lot of resources on trying to mine information regarding their customers, rather than actually acting on information that they already had. However, due to the LIMS' status as an integral part of their process, Econotech could not simply exclude it from their activities.

“You can present yourself more credibly just by your knowledge of who they are. The system goes a long way to enabling us to build relationships based on historical information.”- Rob Robinson, CEO

After review, BAASS determined that an appropriate solution would be a CRM system. A compelling reason to turn to Sage CRM was due to its integration to Sage 300 ERP, which Econotech's accounting system already revolved around. With the implementation of Sage CRM, the system would pull everything onto a single platform. Sage CRM's capability would provide Econotech with a 360 view of their customers, whether it be a past or present transaction.

Due to the importance of maintaining the 2 systems that were already in place, BAASS built integrations between CRM and Sage 300, as well as between CRM and LIMS. This ensured that information was able to flow between all their systems. All details were able to be viewed in one central data source, as data was pulled from both LIMS and Sage 300.

Along with the implementation, BAASS had some User and Administrative training sessions for Econotech: "I can speak to the ones that I was a part of, which were the user training. I was very happy with the delivery of expertise." He added that the timing of these sessions helped them understand the system, so they could evolve their plan on how they wanted to configure and use it.

The BAASS built integrations between their CRM, Sage 300 ERP, and LIMS ensured a flow of data between all of their systems. With this integration, as prospects are created, the information could be pushed to Sage 300 ERP and LIMS, which would offer notifications. The connection between CRM and LIMS would allow for a tab in CRM that can display data from quotes and orders that are logged in LIMS. The data pulled from both LIMS and Sage 300 eliminates fulfillment time for the customer and contract-specific job tracking and historical test-count and revenue analysis processes, duplicate processes, and customer data updates.

"In the end, some things came up, and it was a challenge for everybody, but no one gave up and no one threw in the towel. At the end of the day, BAASS worked with Econotech, and Econotech worked with BAASS to get a good outcome, which is great.” - Rob Robinson, CEO

The CRM system offered consistency and greatly reduced the time that was previously spent mining data; this time can now be used for customer satisfaction, potentially increasing their ROI. The ability to centralize information advanced their knowledge management strategy by allowing employees to place their information in one system.

"BAASS follows a pretty defined, clear waterfall process, and we were happy with that side of things." - Rob Robinson, CEO 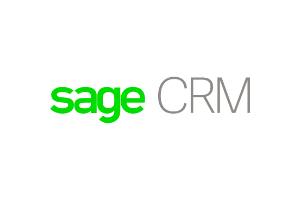 Sage CRM is an easy to use, scalable and affordable customer management solution that helps your business acquire, retain, and satisfy customers.

What if you could have one solution to manage every client relationship that could integrate with your financial accounting software?