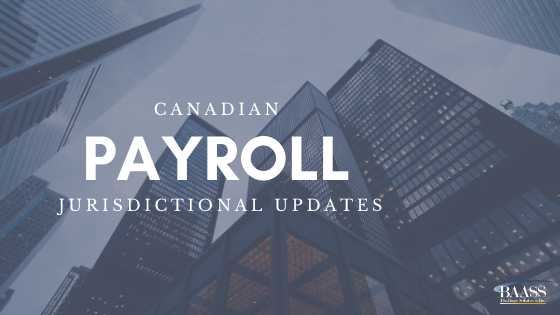 As of December 24th, 2019, below are a variety of updates based on province. Please note these are subject to change

Bill 21 includes two key changes to the Employment Standards Code (the Code) as detailed below.

The definition of “employee” has changed to the following:

The bill also makes provisions that an Employment Standards officer shall refuse to accept a complaint made by an employee who is bound by a collective agreement.

On December 5, 2019, the Manitoba to Bill 7, The Employment Standards Code Amendment Act (Leave for Victims of Interpersonal Violence) received Royal Assent and came into force.

The bill enhances current provisions related to Domestic Violence Leave that exist in the Employment Standards Code. This bill expands eligibility to an employee who is a victim of sexual violence or stalking. These forms of violence are collectively referred to as Interpersonal Violence. In addition, an employee may now take a leave to assist their child or other dependents who experiences or is exposed to interpersonal violence.

The new law states that an employee is entitled to interpersonal violence leave if:

An employee is entitled to both the following periods of interpersonal violence leave in a 52-week period:

On December 6, 2019, the government of Newfoundland and Labrador gained Royal Assent for Bill 8 An Act to Amend the Labour Standards Act. The Act is not yet in force.

This bill amends the Labour Standards Act to:

The CPA will advise its members when the legislation comes into force.

In the Northwest Territories Bill 57, An Act to Amend the Employment Standards Act, has received Royal Assent and will come into force on January 1, 2020. The following changes are included in the bill:

Compassionate Leave will be increased from eight weeks to 27 weeks each year.

Family Violence Leave will provide five days of paid and five days of unpaid leave with an option of up to an additional 15 unpaid weeks of leave.

Youth workers are defined under the Employment Standards Act as individuals who are aged 16 or under. A list of the areas youth workers are prohibited includes: on a construction site; in a production process at a pulp mill, sawmill or woodworking establishment; in a production process at a smelter, foundry, refinery or metal processing or fabricating operation; in a confined space; in a forestry or logging operation; as an operator of powered mobile equipment, a crane or a hoist; where exposure to a chemical or biological substance is likely to endanger the health or safety of the youth; in power line construction or maintenance; or any prescribed occupation.

On November 7, 2019, the Nunavut government passed Bill 29, An Act to Amend the Labour Standards Act and the Interpretation Act with Respect to Nunavut Day.

The change in legislation will make Nunavut Day a statutory holiday for all employees rather than just government employees. The next Nunavut day is scheduled for July 9, 2020.

Bill 132, Better for People, Smarter for Business Act, 2019, received Royal Assent in the Ontario legislature on December 10, 2019. Bill 132 is an omnibus bill that introduces several changes to legislation, including the Pension Benefits Act.

New provisions announced in the legislation include the following:

Under the new provisions, the legislation enables the Chief Executive Officer the authority to waive the right to provide former and retired plan members, a written statement if satisfied that the administrator made reasonable efforts to locate the former retired member.

The Pension Benefits Act will be amended to facilitate electronic communication by deeming members and former members of a pension plan to consent to the receipt of certain documents sent by the administrator in an electronic format, provided certain conditions are met, including the ability of such members to request that the administrator, at any time, send documents in written form.

The Canadian Payroll Association will advise members when this legislation will come into force.

In 2020, Revenu Québec will implement a new method for determining deduction code amounts. Under the new method, the interval between the amounts (indexed for 2020) is reduced to $1,000.

If an employee’s deduction code in 2019 was a code other than A, the code may have to be changed so that the total amount of the personal tax credits (indexed for 2020) claimed on form TP-1015.3-V, Source Deductions Return that the employee completed corresponds to the new code for 2020.

If you make a single payment under a Registered Pension Plan (RPP) or a Deferred Profit Sharing Plan (DPSP), which is included in Box C, you must also include code “C-10” in a blank box, followed by the date of the payment.

CONTRIBUTION TO THE HEALTH SERVICES FUND FOR 2020

The rate for public sector employers is 4.26%, regardless of the total payroll for the year.

FOOD AND LODGING PROVIDED TO AN EMPLOYEE IN THE HOSPITALITY INDUSTRY

GRATUITIES AND RETROACTIVE PAY
For 2020, the threshold for determining the method to be used to calculate the source deduction of income tax on gratuities and retroactive pay has been increased from $15,269 to $15,532.

DEDUCTION FOR EMPLOYMENT INCOME
For 2020, the maximum deduction for employment income has been increased from $1,170 to $1,190. The Source Deduction Table for Québec Income Tax (TP-1015.TI-V) takes the amount into account.

EMERGENCY SERVICES VOLUNTEER
For 2020, the maximum exemption that can be granted to an emergency services volunteer has been increased from $1,170 to $1,190.

LEGISLATION REGARDING PAY EQUITY IN FORCE

On April 10, 2019, Bill 10, An Act to amend the Pay Equity Act mainly to improve the pay audit process, received Royal Assent, and came into force.

The Bill confirms that the date of which a pay equity audit must take place remains at five years rather than six years.

The legislation stipulates that the employer shall keep the information used to complete the plan and the content of all postings for a period of six years from the date of a posting instead of five years.

The Bill also eliminates the obligation of the employer to issue a notice stating that the results of the pay equity exercise will be posted for both an initial exercise and an audit.

The Act also requires certain employers who decide to conduct their own pay equity audit to carry out a participation process, sets out rules for the process and require the employers to report on it when posting the results of the audit. It also amends the content to be included in such postings, requiring employers to include the start date and, where applicable, the end date for each of the events leading to adjustments.

The legislation also amends the date on which the adjustments determined following a pay equity audit become payable, making each adjustment payable as of the date of the event leading to the adjustment, and specifies the terms and conditions of payment of the adjustments.

The Pay Equity Completion Calculator (French only) was amended on April 10, 2019. These legislative amendments introduce, among other things, lump-sum payments after the audit of pay equity maintenance and result in a new audit anniversary date for some businesses.

For more information on Canadian Payroll visit our payroll practice. 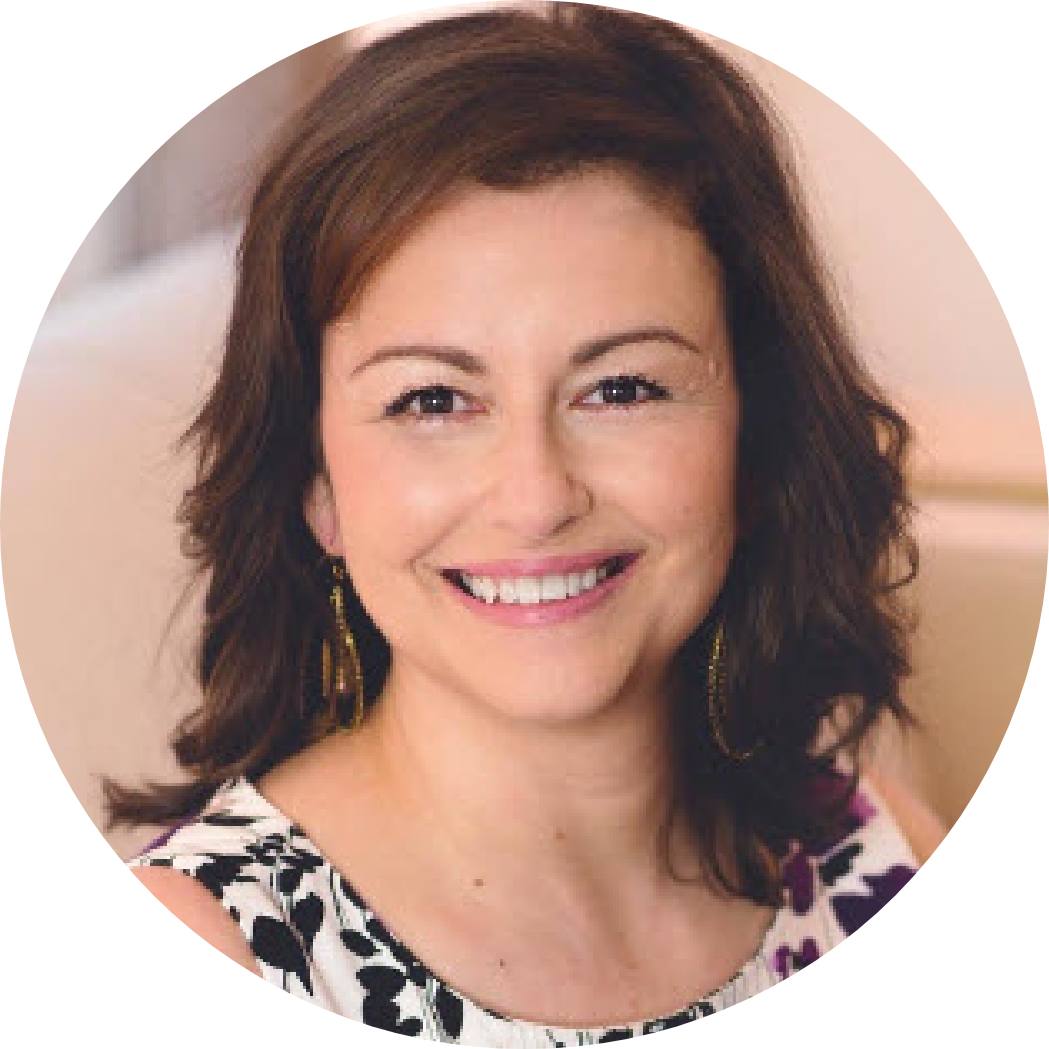 Anna is a certified Sage 300 ERP consultant with fifteen years’ industry experience. She has implemented over 100 ERP systems. Prior to consulting and project management, Anna held accounting positions across a variety of industries and brings this experience to her understanding of customer requirements. Anna is certified in Sage 300 ERP and Sage HRMS and an expert in Long-Term Care Home customizations.